About our first full year...

This past year presented all of us in The Resistance with countless challenges and obstacles. Most of them were presented to us from the White House and the Republican Party. And over the past twelve months we’ve seen a president obstruct justice, Republicans try and take our health care, a tax reform scam written by lobbyists, a rampant abuse of power, corruption like we’ve never seen before and a complete collapse in what it means to be the President.

Don’t get me started.
We’ve investigated Donald Trump, his campaign, his administration, his White House, his family, his business and led the way in exposing his extensive business ties to Russia. We made calls, knocked doors, raised money, trended more hashtags than any other organization in the country, filed legal complaints and reports on Trump and his cronies dozens of times for various crimes, made the Boycott Trump app, sent nearly 200,000 letters to Congress and spoke out against Trump & Co. in every way, every single day.
The Democratic Coalition’s made a lot of progress, and along with other groups in The Resistance, we’ve helped prevent this administration and the Republicans in Congress from setting our country back decades.
Everything we did, we did together. And for everything you’ve contributed to the Democratic Coalition in this fight for our American democracy, we sincerely thank you.
Below is our annual report, a summary of what we accomplished in 2017. Thanks for taking the time to read what we’re all about.
Keep resisting,
Scott Dworkin
Co-Founder of the Democratic Coalition

The State of #TheResistance by Scott Dworkin: 2017

I. Campaigns: Here are some of the major campaigns we launched in 2017
A. Boycott Trump APP: we made and distributed the Boycott Trump App. Downloads: 325,000 Google Store: (Link) iOs: (Link)
B. Letters to Congress: We have helped more than 74,000 unique individuals send more than 300,000 letters to Congress and the White House. You can view the current live pages here. Two large pages that are no longer live are the Betsy DeVos action page, which had 11,000+ action takers, and the Demand A Special Prosecutor action page, which had 14,000+ action takers.
C. Alabama Senate Special Election: We called more than 40,000 voters through both in-person phone banks and our Virtual Phone bank — including 18,000 calls on election day. We sent a team of passionate, young organizers to Birmingham and Montgomery who knocked on hundreds of doors. We put up bold and powerful billboards. (Link) We established Students for Doug Jones organizations on six Alabama college campuses. We published Doug Jones digital ads that garnered 2.58 million impressions and reached more than 400,000 voters in Alabama. We got #VoteDougJones, and#NoMoore to trend several times during the course of the campaign.
D. Georgia 6th Special Congressional Election: We posted dozens of national organic Facebook posts driving DCAT fans to Jon Ossoff’s and our website. Here is the social reach on those posts. We also paid for Facebook ads to drive turnout within GA06 and nationwide for our virtual phone bank. Our volunteers made thousands of calls and we got #VoteOssoff and #VoteYourOssoff trending.
E. Montana Special Congressional Election: We made dozens of national organic Facebook posts driving DCAT fans to Rob Quist’s website. See the reach on these posts here. We also used paid Facebook ads to drive turnout within Montana and nationwide for our virtual phone bank. Volunteers made thousands of calls for Quist. On Twitter, we talked about the Quist race non-stop via the Democratic Coalition’s Twitter account and Dworkin’s account. See here, here, and here for the top tweets from the Dem Coalition account. See here, here, and here for the top tweets from Dworkin’s account.
F. Delaware State Senate Special Election: There was a special election in February 2017 for a Delaware State Senate seat that would determine which party controlled the chamber. We recruited volunteers to make thousands of calls for Democrat Stephanie Hansen, who wound up winning by with 58% of the vote — 19 points higher than her total when she lost the seat in 2014. See here, here, and here for some of our social media posts detailing our efforts.
G. Impeach Trump Made website (Link) and helped run the campaign, got #ImpeachTrump to trend multiple times throughout the year.
H. Fire Hannity: Made website (Link) that got over 300,000 page hits, helped run the campaign and got #FireHannity to trend. It was featured in Newsweek. (Link)
II. Social Media Reach
A. Twitter:
Scott Dworkin: Over 1,750,000,000 impressions and 54,000,000 interactions
Democratic Coalition: 3,200,000 interactions
Jon Cooper: 6,200,000 interactions
Nate Lerner: 1,470,000 interactions
B. Facebook: 900,610,195 impressions, 804,463 daily users reached, 28,927,179 engagements, 15,549,121 clicks, 24,900,000 Video views, 109,568 new fans
III. Trending Hashtags 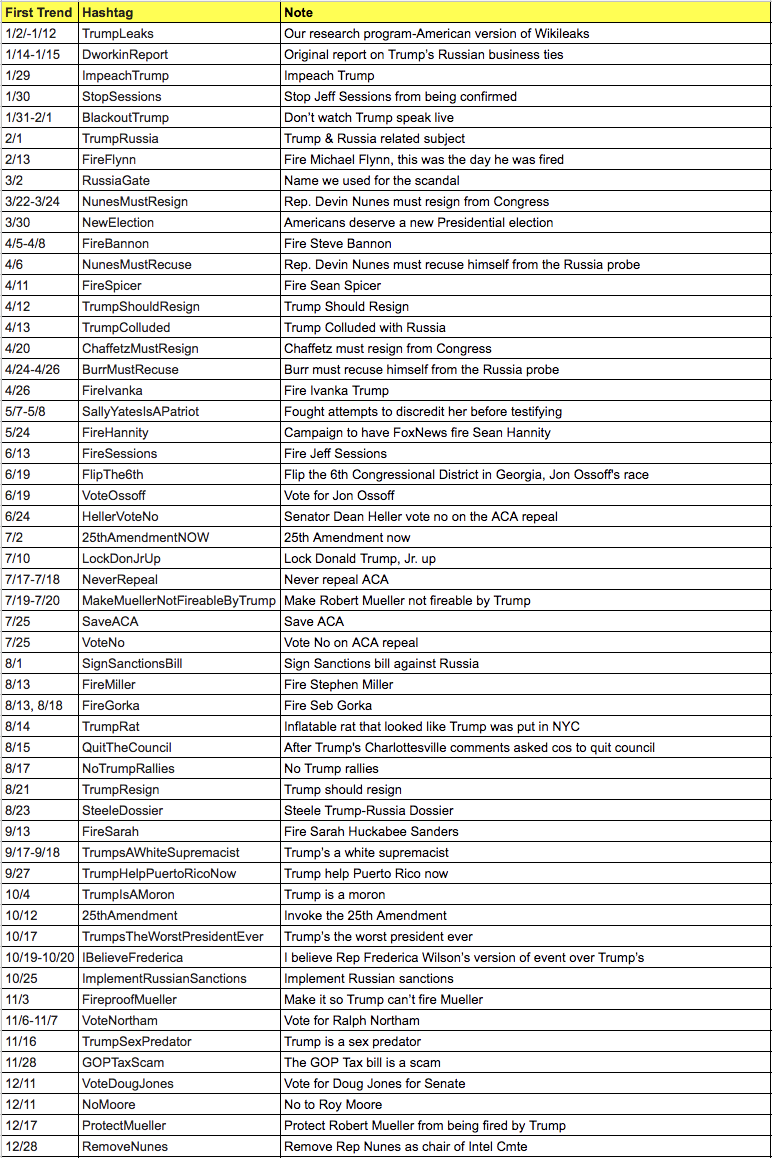 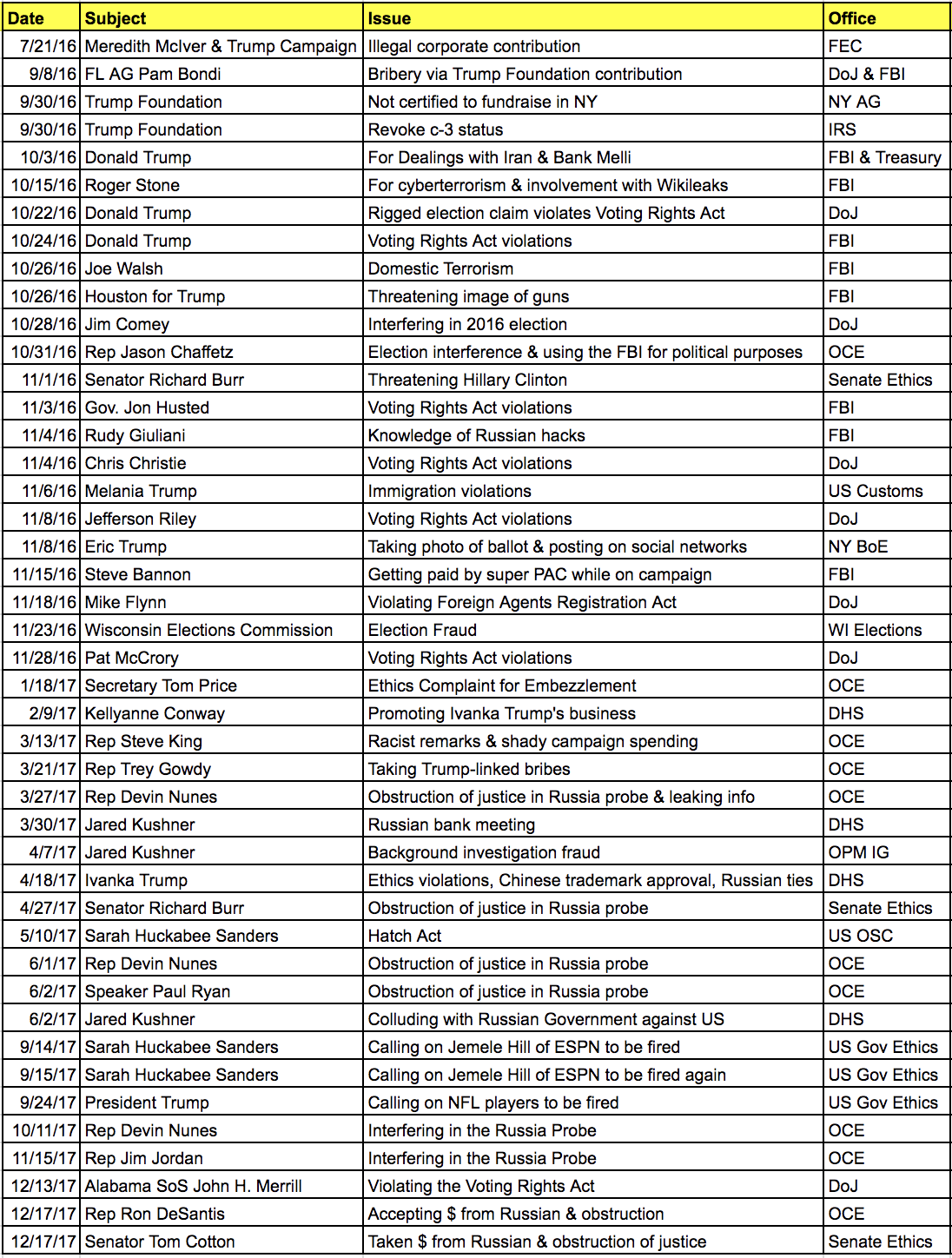 VII. Billboards: We put up these billboards in 2017

VIII. Budget: Here is where we spent our money in 2017 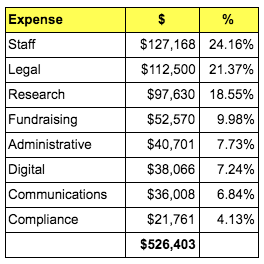 IX. Fundraising: Here is how we raised our money in 2017 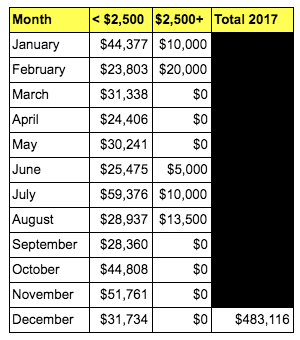